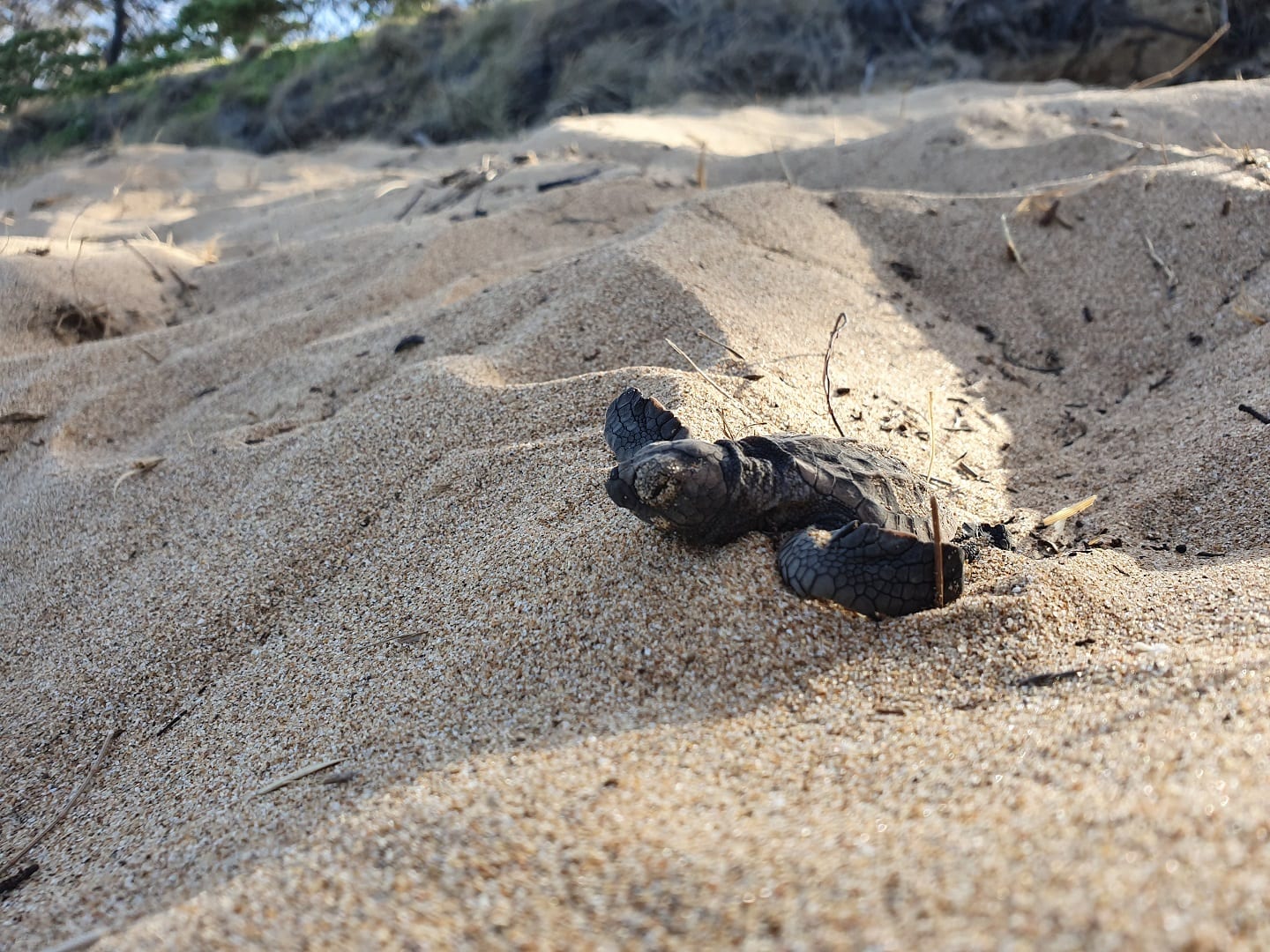 Turtle nesting season in the Mackay region begins around the middle of October and continues through early January, with hatchlings emerging until April. The main species of marine turtle nesting on Mackay’s mainland beaches is the Flatback turtle, with Green and Loggerhead turtles also recorded in much smaller numbers. Off the mainland, on nearby islands, the same three species nest, however the Green and Loggerhead are more prominent.

Nesting occurs on most of the district’s beaches, with some being more popular than others. Monitoring conducted by Mackay District Turtle Watch Association has confirmed that the Mackay region is a low density nesting area, with between 30-100 female flatbacks nesting annually on the mainland beaches. On average, each female will lay three clutches of eggs on the same beach, approximately 10-14 days apart, with around 50 eggs in each clutch.

These turtles are nesting in developed areas, sharing the beaches with the community, and as such are unique. Their survival is very important indeed.

Mackay and District Turtle Watch Association data does not show any clear trends with regards to either an increase or decline in marine turtle populations, though it does show significant variation year to year.