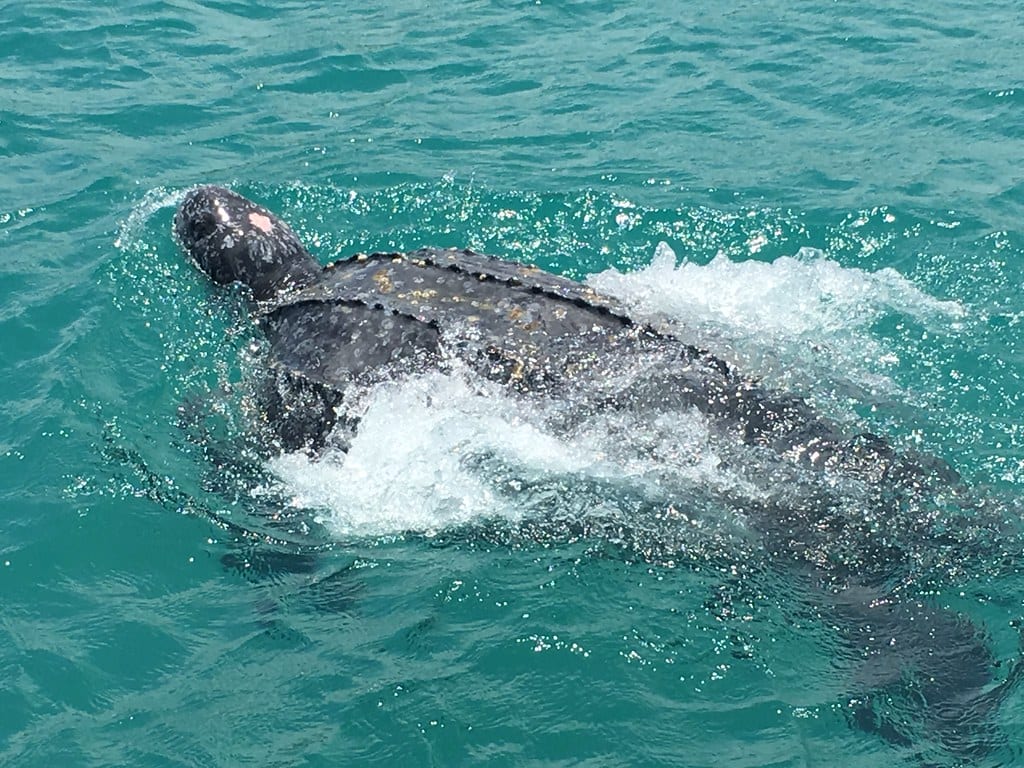 The leatherback turtle is the largest of the marine turtles and has a wide distribution. Leatherbacks are the deepest diving of the marine turtles having been recorded below 1000 meters. They are found in tropical and temperate waters from Alaska to south of New Zealand. Their range extends throughout all oceans and seas of the world.

In Australia, leatherback turtles are most commonly reported feeding in coastal waters from South East Queensland southward around the bottom of the country, through Victoria, Tasmania, South Australia and the south of Western Australia.  Most leatherback turtles living in Australian waters migrate to breed in neighbouring countries, particularly in Indonesia, Papua New Guinea and the Solomon Islands.

The leatherback turtle is carnivorous and feeds mainly in the open ocean on jellyfish and other soft-bodied invertebrates.

Leatherback turtles nest in many countries of the world including North and South America, Mexico, Asia, Papua New Guinea and the Solomon Islands.

No large rookeries have been recorded in Australia. Scattered nesting has been reported along the south Queensland coast from Bundaberg to Round Hill Head and along the coast of Arnhem Land from Coburg Peninsula to Maningrida, including Crocker Island. Some nesting has occurred in northern New South Wales near Ballina. However the last recorded nesting in Queensland was in 1996. In Queensland, the most frequently used nesting beaches by leatherback turtles are Wreck Rock and Rules Beach. Breeding in south-eastern Queensland occurs mostly during December and January.