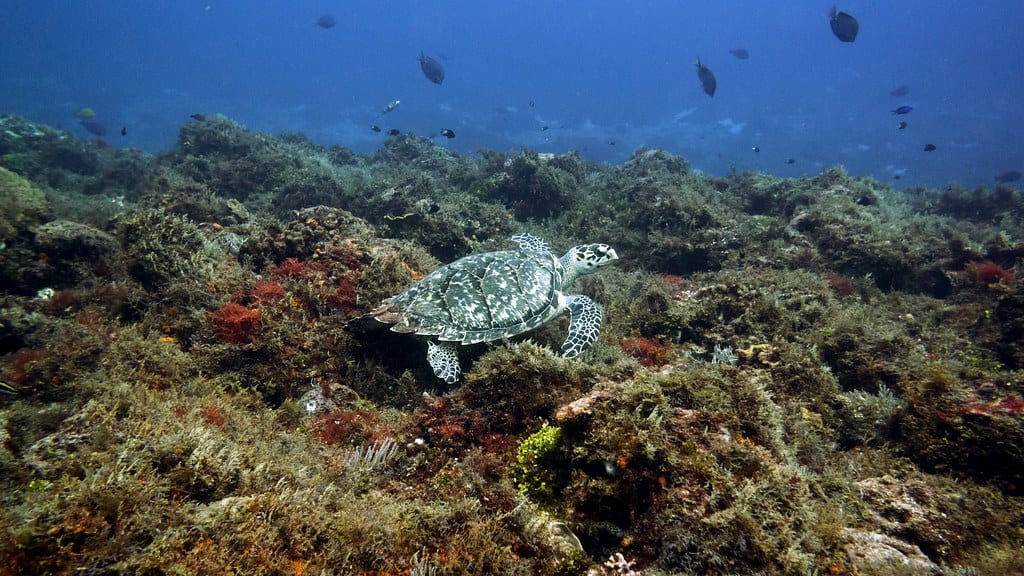 Hawksbill turtles typically occur in tidal and sub-tidal coral and rocky reef habitats throughout the tropical waters of the Indian, Pacific and Atlantic Oceans. In Australia the main feeding area extends along the east coast, including the Great Barrier Reef. Other feeding areas include Torres Strait and the archipelagos of the Northern Territory and Western Australia, possibly as far south as Shark Bay or beyond. Hawksbill turtles also feed at Christmas Island and the Cocos (Keeling) Islands.

Sponges make up a major part of the diet of hawksbill turtles, although they also feed on seagrasses, algae, soft corals and shellfish.

Hawksbills mate and nest in secluded lagoons off beaches in remote islands throughout their range. The most significant nesting beaches are in Mexico, the Seychelles, Indonesia, and Australia.

Significant nesting also occurs in the Northern Territory including the Groote Island and Arnem Land sections.

The north-west shelf of Western Australia has several significant nesting areas within the Dampier Archipelago and the Montebello Islands.

Although hawksbill turtles breed throughout the year, the peak nesting period in the Torres Strait and Great Barrier Reef region occurs between January and February. In Arnhem Land, nesting peaks between July and October. The Western Australian nesting season occurs primarily from October to January, but the entire breeding season remains undefined.