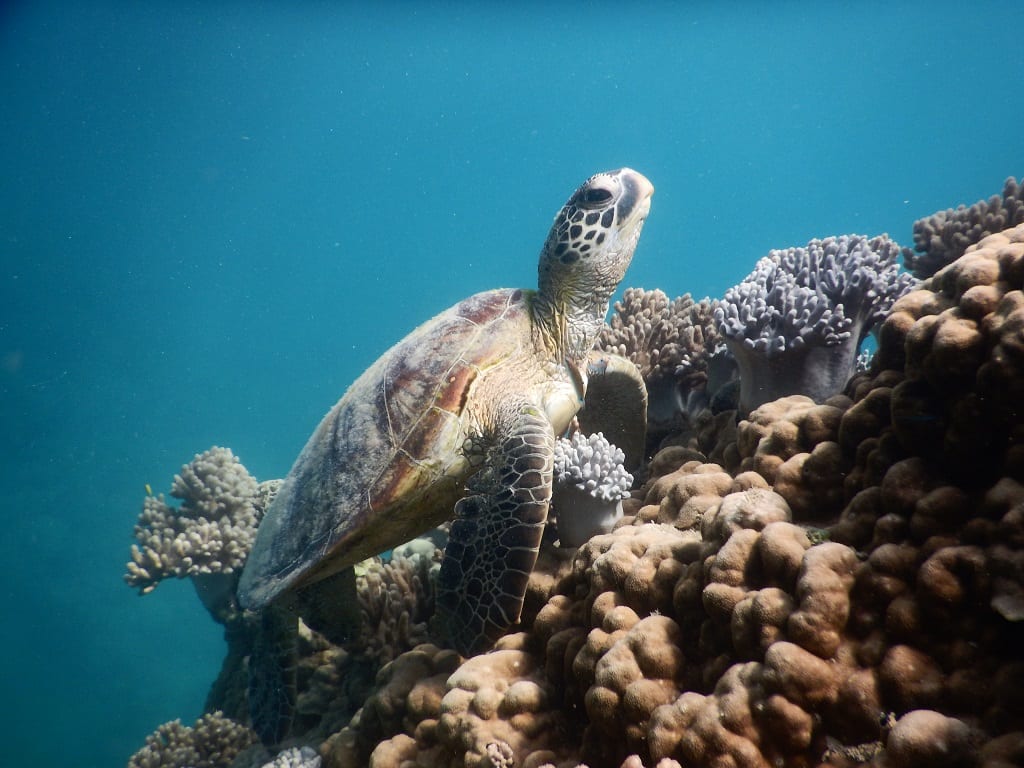 Green turtles occur in seaweed-rich coral reefs and inshore seagrass pastures in tropical and subtropical areas of the Indo-Pacific region and Atlantic Ocean.

Worldwide it has been estimated that the green turtle has nesting sites in over 80 countries within the tropical and sub-tropical areas spread throughout all the major continents and Islands of the world.

The southern Great Barrier Reef population has major rookeries on the Islands of the Capricorn Bunker Group and minor breeding aggregations on mainland beaches from Bustard Head to Bundaberg. Nesting occurs between mid-late October and late March-early April with a peak in late December-early January.

In the northern Great Barrier Reef major breeding aggregations occur on Islands of the outer edge of the reef, including Raine Island and nearby cays. Minor rookeries for this population also occur on the mainland and inner and outer shelf islands and cays from Cape Grenville north and in Torres Strait. Nesting can occur year round, but most nesting occurs from October to March with a peak in late December-early January.

The Gulf of Carpentaria has two main nesting areas, the Wellesley Island Group, with major rookeries at Bountiful, Pisonia and Rocky Islands, and the Eastern Arnhem Land, Groote Eylandt and Sir Edward Pellew Islands area. Nesting occurs year round, with a mid-year peak in nesting activity.