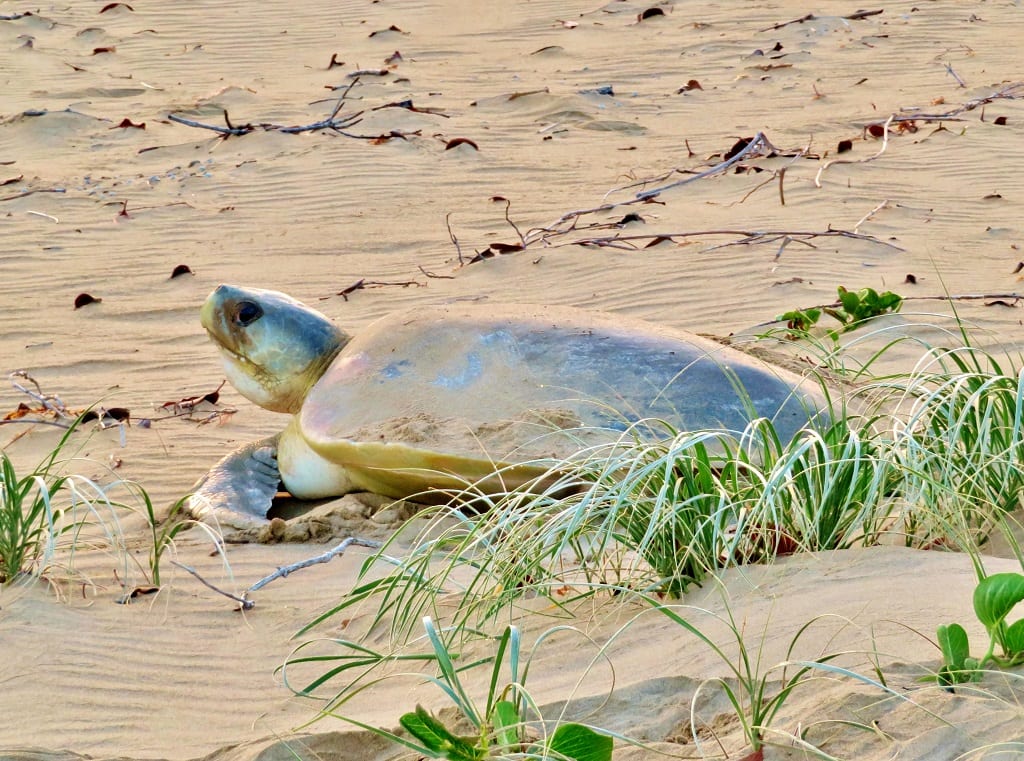 The flatback turtle is endemic to Australia, inhabiting subtidal soft-bottomed habitats of the continental shelf.

The flatback turtle is carnivorous, feeding mostly on soft-bodied prey such as sea cucumbers, soft corals and jellyfish.

On the east coast of Queensland, flatback turtles nest from Mon Repos in the south to Herald Island near Townsville in the north. Major rookeries include four islands on the inner shelf of the southern Great Barrier Reef, Peak, Wild Duck, Avoid and Curtis Islands. Nesting activity reaches a peak between late November and early December, and ceases by late January. Hatchlings emerge from nests from late December until about late March, with most hatching during February.

In the western Northern Territory (and possibly eastern Kimberley) there is a mid-winter peak nesting season and low density summer nesting.

In the Kimberley and Pilbara regions of Western Australia, from approximately the Lacepede Islands to Exmouth, there is a mid-summer peak nesting season.